After the New Order: Space, Politics, and Jakarta 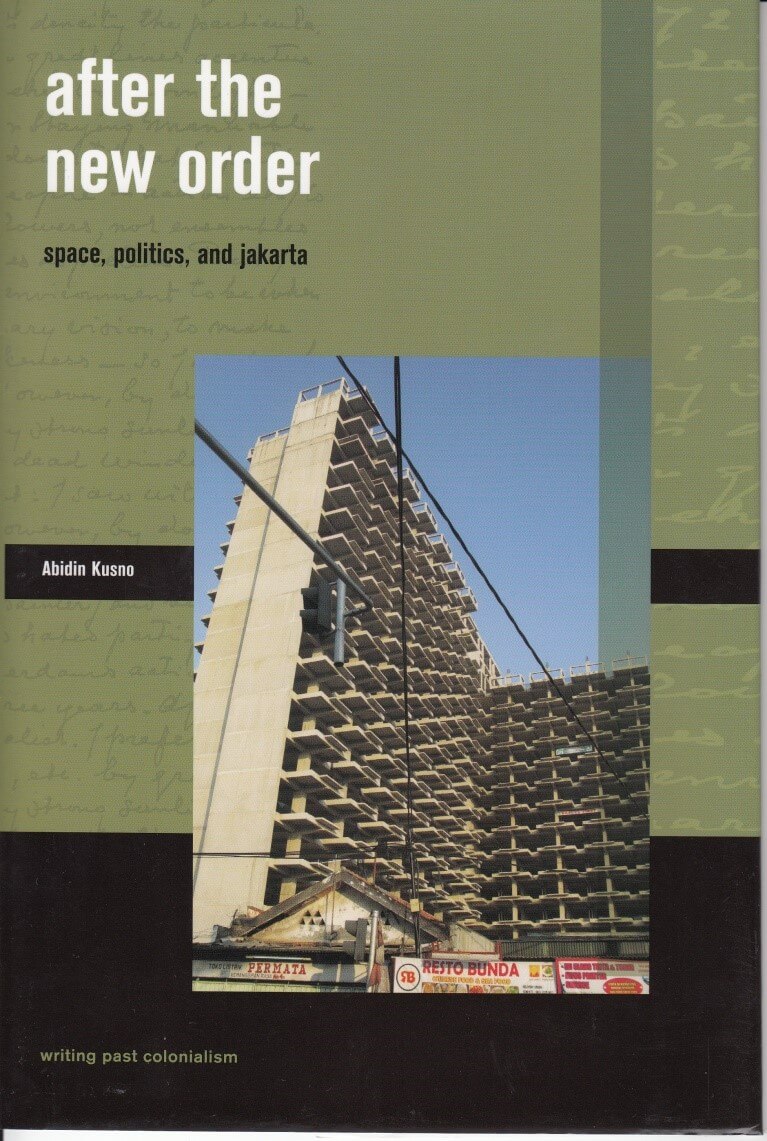 After the New Order follows up Abidin Kusno’s well-received Behind the Postcolonial and The Appearances of Memory. This new work explores the formation of populist urban programs in post-Suharto Jakarta and the cultural and political contradictions that have arisen as a result of the continuing influence of the Suharto-era’s neoliberal ideology of development. Analyzing a spectrum of urban agendas from waterfront city to green environment and housing for the poor, Kusno deepens our understanding of the spatial mediation of power, the interaction between elite and populist urban imaginings, and how past ideologies are integral to the present even as they are newly reconfigured.

The book brings together eight chapters that examine the anxiety over the destiny of Jakarta in its efforts to resolve the crisis of the city. In the first group of chapters Kusno considers the fate and fortune of two building types, namely the city hall and the shop house, over a longue duree as a metonymy for the culture, politics, and society of the city and the nation. Other chapters focus on the intellectual legacies of the Sukarno and Suharto eras and the influence of their spatial paradigms. The final three chapters look at social and ecological consciousness in the post-Suharto era. One reflects on citizens’ responses to the waterfront city project, another on the efforts to “green” the city as it is overrun by capitalism and reaching its ecological limits. The third discusses a recent low-income housing program by exploring the two central issues of land and financing; it illuminates the interaction between the politics of urban space and that of global financial capitalism. The epilogue, consisting of an interview with the author, discusses Kusno’s writings on contemporary Jakarta, his approach to history, and how his work is shaped by concerns over the injustices, violence, and environmental degradation that continue to accompany the city’s democratic transition.

Abidin Kusno is a Professor at the Institute of Asian Research and Director of the Centre for Southeast Asia at the University of British Columbia, Canada.