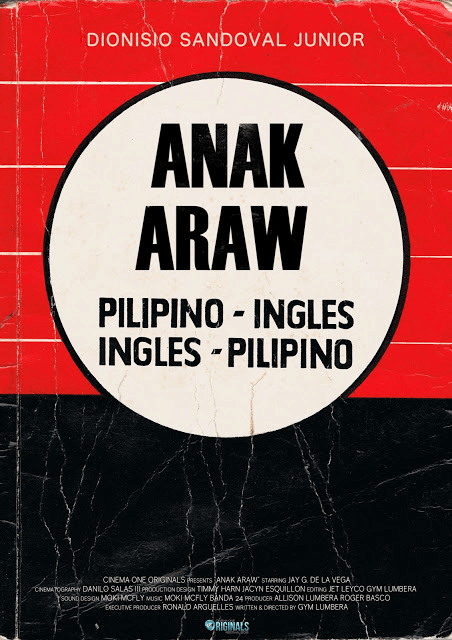 Ának Araw follows a Filipino albino who, believing he is of American descent, teaches himself English using a dictionary. Set in the 1950s, the film integrates original celluloid footage with archive material to create a unique, dreamlike atmosphere in which the filmmaker explores the nature of identity in a postcolonial situation. This magical film fable includes a meta-commentary on the language of cinema, as the protagonist tries to learn English through reading translations and definitions from a Tagalog-English dictionary.

The filmmaker will join us via Skype for a conversation following the screening to discuss the film with Elizer Jay de los Reyes.

Gym Lumbera was born in the Phillipines in 1986, his most recent film, Piding (2016), was co-directed with Paolo Picones.

Elizer Jay de los Reyes is a postgraduate researcher at the Melbourne Graduate School of Education, the University of Melbourne and a faculty on-leave at the Saint Louis University – Baguio City, Philippines where he teaches social studies. His recent publication, (Re)defining the Filipino (Symposium/SAGE Journals, 2013), tackles issues on citizenship and education policy reform in the Philippines. Jay is currently working on the transnational dimensions of educational policy and citizenship among youth.