Beyond Sorry: On making amends for injury and injustice at Parihaka 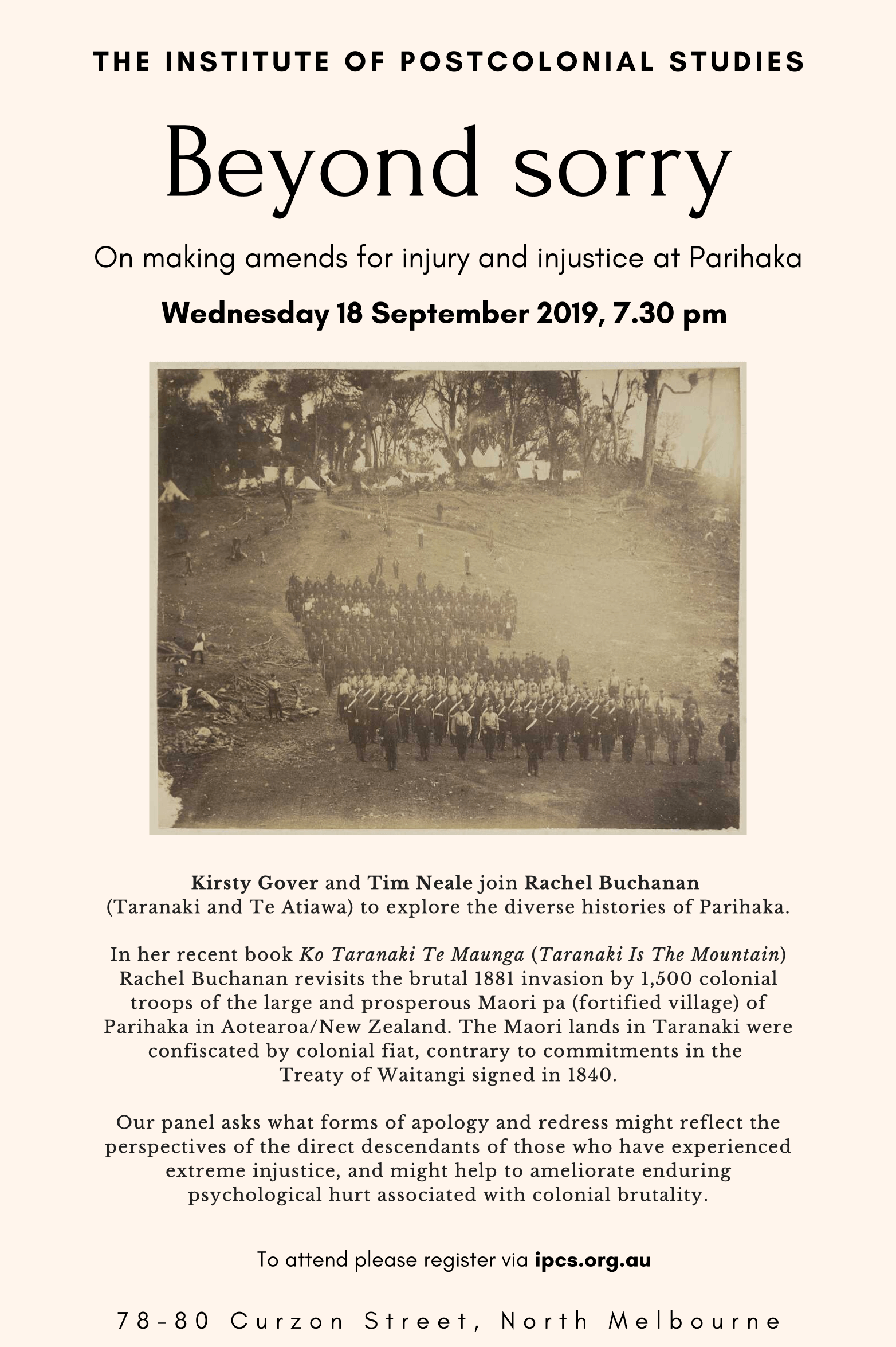 Beyond Sorry: On making amends for injury and injustice at Parihaka

In her recent book Ko Taranaki Te Maunga (Taranaki Is The Mountain) Rachel Buchanan revisits the brutal 1881 invasion by 1,500 colonial troops of the large and prosperous Maori pa (fortified village) of Parihaka in Aotearoa/New Zealand. The Maori lands in Taranaki were confiscated by colonial fiat, contrary to commitments in the Treaty of Waitangi signed in 1840.

Since the sacking of Parihaka, several apologies and settlements have been made. In her book, Rachel asks, do these settlements constitute a continuation of earlier forms of colonial violence, seeking redemption on the Crown’s terms rather than those of Taranaki iwi? A powerful part of this story tracks the deployment by Taranaki iwi of creative forms of non-violent resistance first to white settlers who lobbied the colonial government to confiscate land; and then more recently to any state imposition of final closure.

Building on the arguments in Ko Taranaki Te Maunga, Rachel Buchanan (Taranaki and Te Atiawa) will join panellists Kirsty Gover and Tim Neale to explore the diverse histories of Parihaka and to ask what forms of apology and redress might reflect the perspectives of the direct descendants of those who have experienced extreme injustice, and might help to ameliorate enduring psychological hurt associated with colonial brutality.

Dr Rachel Buchanan (Taranaki, Te Atiawa) is a historian, archivist, poet, curator and speechwriter. Her new book, Ko Taranaki Te Maunga (Taranaki is the Mountain) looks at record keeping and record-making – sung, written, spoken, pictured, digitised, dreamt – as a powerful form of resistance to ongoing colonial violence. From late 2015 until early 2018, Rachel was the curator of the Germaine Greer Archive at University of Melbourne Archives. She’s the author of two other books: The Parihaka Album: lest we forget (Huia, 2009) and Stop Press: the last days of newspapers (Scribe, 2013). 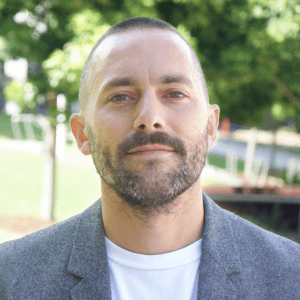 Timothy Neale is a pakeha researcher and teacher from Aotearoa New Zealand but currently lives in Naarm/Melbourne, Australia, where he holds an appointment as DECRA Senior Research Fellow and Senior Lecturer in Anthropology and Geography at Deakin University. His research focuses on environmental governance, settler-Indigenous relations, technoscience, and the intersections of those three topics. He is the author of Wild articulations: indigeneity and environmentalism in northern Australia (University of Hawaii Press, 2017) and co-editor, with Eve Vincent, of Unstable relations: environmentalism and Indigenous people in contemporary Australia (UWA Publishing, 2016). 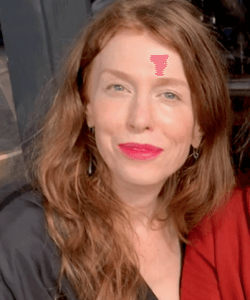 Kirsty Gover grew up on the land of Kati Mamoe in Te Wai Pounamu, Aotearoa New Zealand and has lived on Wurundjeri land for nearly 11 years. Professor Gover’s research addresses the law, policy, and political theory of Indigenous rights. In particular, she is interested in the transformative promise of Indigenous legal theory, and in its importance in settler-state political theory and international law. Professor Gover is the author of Tribal Constitutionalism: States, Tribes and the Governance of Membership (OUP 2011) and is working on a book entitled When Tribalism Meets Liberalism: Political Theory and International Law.

Jon Altman is an economist and anthropologist and emeritus professor of the Australian National University where he directed the Centre for Aboriginal Economic Policy Research 1990–2010. Since moving to Australia from New Zealand in 1976 he has undertaken academic research and advocacy on Indigenous social justice issues much focused on remote regions. He is the chair of the board of the Institute of Postcolonial Studies.