“If you eat, you are involved in agriculture” is a popular saying among agrarian and alternative food advocates. It is often attributed to the American poet and farmer Wendell Berry who wanted to draw attention to the way eaters are intimately connected with growers. By thinking of eating as an agricultural act, Berry believes eaters will join with growers to help co-create a more just food system that respects the environment, farm workers, animals and planetary health.

Understanding the connection between eating and growing food is a pressing issue today. But what about the past? Both eaters and growers are often ignorant of the entanglement of agriculture and settler-colonial violence. As Patrick Wolfe observed, agriculture “progressively eats into Indigenous territory” for the reproduction of the settler population, while simultaneously curtailing “the reproduction of Indigenous modes of production” and justifying violent dispossession.

“If you eat, you are involved in settler-colonialism”.

How should we respond to this claim? What does food justice look like that recognises past injustices associated with agriculture? How would such food justice be enacted in urban farms and gardens of inner-city Melbourne, Sydney, Brisbane or Perth? What would it look like in our kitchens, restaurants and supermarket aisles? Or to borrow a question from Indigenous food sovereignty scholar, Michelle Daigle, “what do everyday practices of responsibility and accountability look like for settler food actors as they live and work on contested and occupied Indigenous lands?”

This forum will explore some of these questions, raised in Christopher Mayes’s new book Unsettling Food Politics: Agriculture, dispossession and sovereignty in Australia, which will be launched at the event. 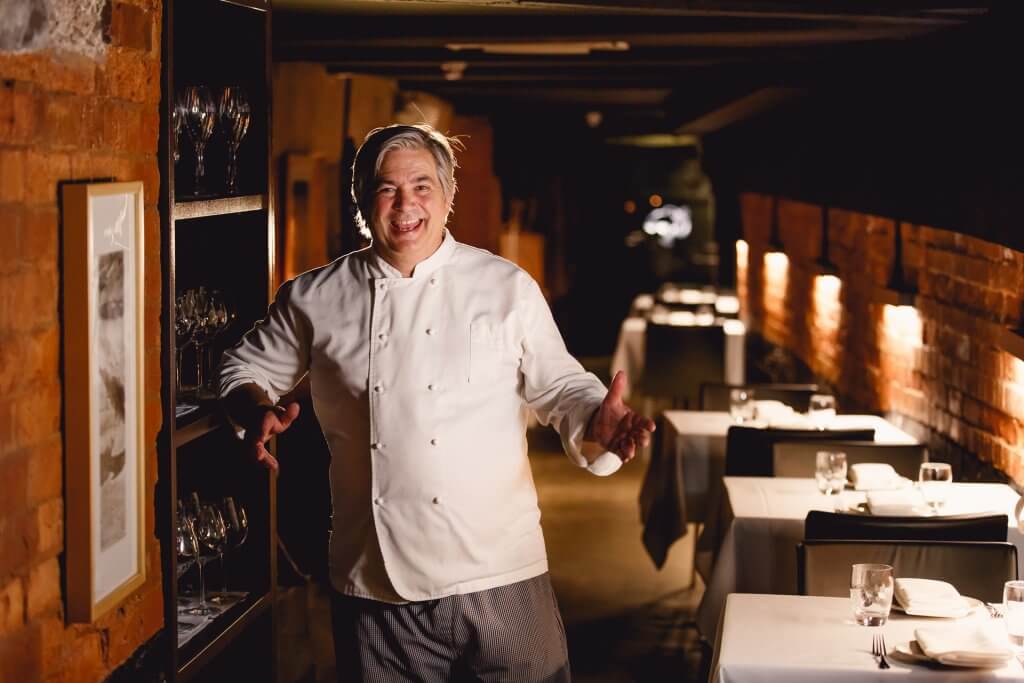 Stefano de Pieri was born in Treviso, near Venice. He migrated to Australia in his late teens and attended Sydney Road Community School whilst working for an Italian Left organisation called Filef. He dabbled with food, attended Melb Uni (politics), worked as an advisor to various State Labor ministers in the 1980s, lost pre-selection to the Pledge, moved to Mildura via marriage, established Stefano’s restaurant, appeared on the successful Gondola on the Murray ABC program, established Arts Mildura, served on La Trobe University Council representing regional interests, and was awarded last year Legend status in The Age Good Food Guide. Stefano has a conflicted position on agriculture and food.

Lauren Rickards is an interdisciplinary scholar who has long worked on of agriculture and food and their two-way relationship with environmental and social change. An Associate Professor and co-leader of the Climate Change and Resilience research program of the Centre for Urban Research at RMIT University, Lauren leads the Nature, Risk and Resilience study group of the Institute of Australian Geographers and a Lead Author for the Intergovernmental Panel on Climate Change.

Christopher Mayes is an Australia Research Council DECRA Research Fellow in the Alfred Deakin Institute at Deakin University. He is an interdisciplinary scholar with research interests include sociology of food and health, bioethics, and political theory. Chris is the author of The Biopolitics of Lifestyle: Foucault, Ethics, and Healthy Choices (Routledge, 2016) and Unsettling Food Politics: agriculture, dispossession, and sovereignty in Australia (Rowman & Littlefield International).

Nick Rose is the Executive Director of the national sustainable food systems organisation, Sustain: The Australian Food Network, and from 2010-2015 was the co-founder and national coordinator of the Australian Food Sovereignty Alliance. He lectures in food politics, food movements and food systems in William Angliss Institute’s Bachelor of Food Studies and Master of Food Systems and Gastronomy. He is a Churchill Fellow and the editor of two anthologies on Australia’s nascent food movement: Fair Food: Stories from a Movement Changing the World (UQP, 2015), and Reclaiming the Urban Commons: The past, present and future of food growing in Australia’s towns and cities (UWAP, 2018 coedited with Andrea Gaynor).

Support us, become a member of the Institute.

Missed the event? Watch our recordings of past events.

Join us, become a member of IPCS.