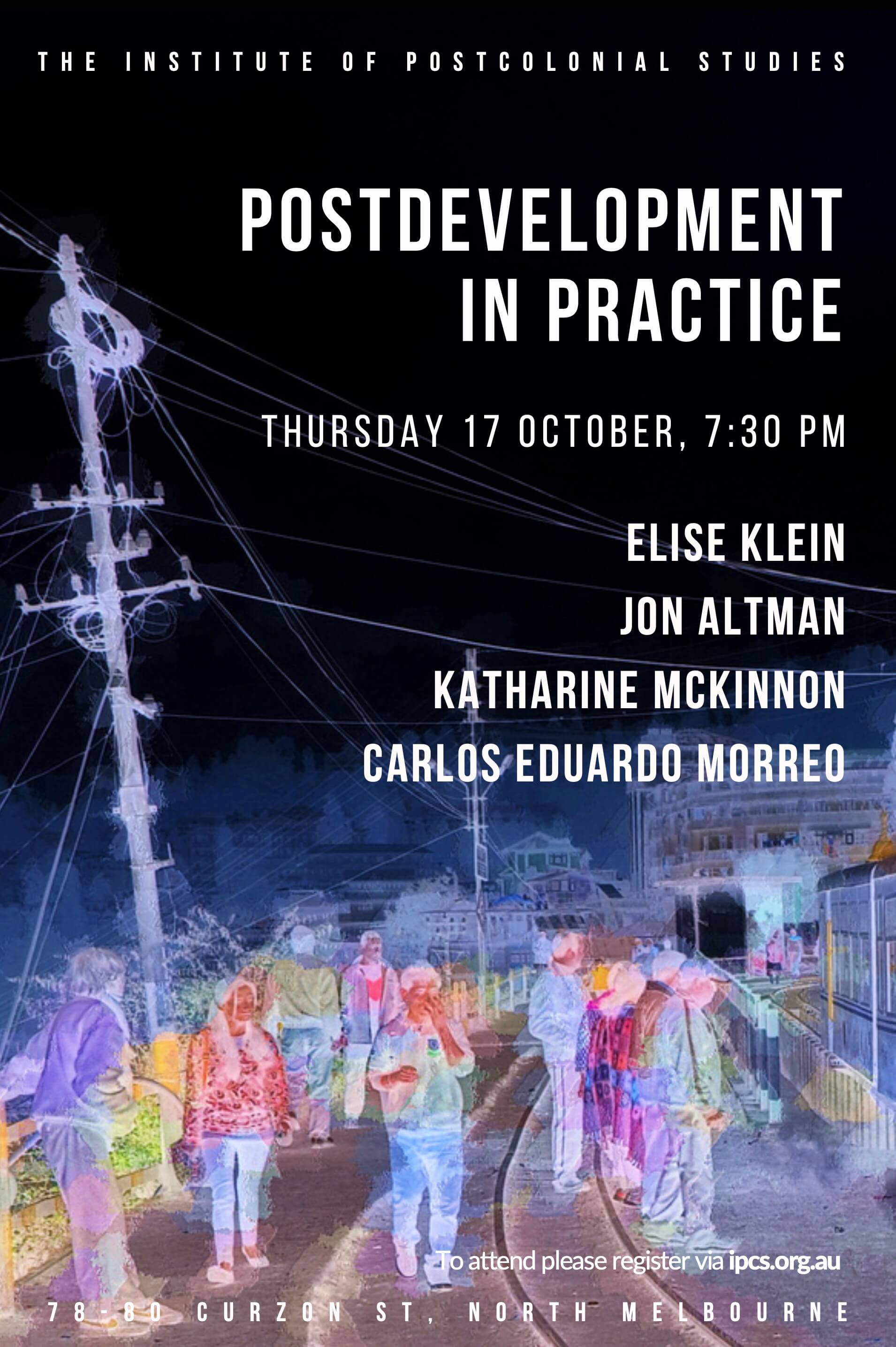 25 years ago postdevelopment critique destabilised the concept of development, challenging its assumptions and aims, but it has been necessary to push beyond theory to uncover alternatives in practice.

Join our panel Elise Klein (Uni. Melbourne), Katharine McKinnon (La Trobe Uni.), Carlos Eduardo Morreo (ANU), plus special appearances from collaborators across the oceans, as they discuss alternatives to development and how postdevelopment is already being done. Jon Altman will chair the talk.

“Postdevelopment in practice critically engages with recent trends in postdevelopment and critical development studies that have destabilised the concept of development, challenging its assumptions and exposing areas where it has failed in its objectives, whilst also pushing beyond theory to uncover alternatives in practice.

This book reflects a rich and diverse range of experience in postdevelopment work, bringing together emerging and established contributors from across Latin America, South Asia, Europe, Australia and elsewhere, and it brings to light the multiple and innovative examples of postdevelopment practice already underway. The complexity of postdevelopment alternatives are revealed throughout the chapters, encompassing research on economy and care, art and design, pluriversality and buen vivir, the state and social movements, among others. Drawing on feminisms and political economy, postcolonial theory and critical design studies, the ‘diverse economies’ and ‘world of the third’ approaches and discussions on ontology and interdisciplinary fields such as science and technology studies, the chapters reveal how the practice of postdevelopment is already being carried out by actors in and out of development.” 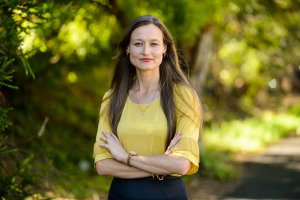 Elise Klein is a Senior Lecturer of Development Studies in the School of Social and Political Sciences at the University of Melbourne. Elise has a Dphil in International Development from the University of Oxford and held a Post-Doctoral Fellowship at the Centre for Aboriginal Economic Policy Research (CAEPR) at the Australian National University. Her research interests include the rise of therapeutic cultures in development interventions, neoliberal subjectivities, economic rights, and decoloniality. She has co-edited collections on Postdevelopment in Practice: Alternatives, Economies, Ontologies (Routledge) with Carlos Eduardo Morreo, and Implementing a Basic Income in Australia: Pathways Forward (Palgrave) with Jen Mays and Tim Dunlop. 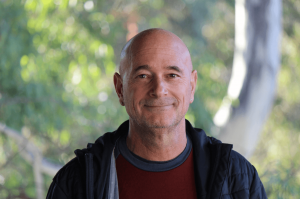 Jon Altman is an economist and anthropologist and emeritus professor of the Australian National University where he directed the Centre for Aboriginal Economic Policy Research 1990–2010. Since moving to Australia from New Zealand in 1976 he has undertaken academic research and advocacy on Indigenous social justice issues much focused on remote regions. He is the chair of the board of the Institute of Postcolonial Studies. 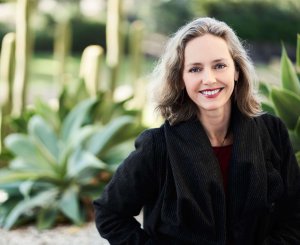 Katharine McKinnon is a human geographer and a Tracy Banivanua-Mar Senior Research Fellow at La Trobe University whose work engages with community economies, gender, development and care. Her current research in Australia and the Asia-Pacific focuses on women’s economic empowerment and community based indicators of gender equality, and on the politics of childbirth and maternity care. She is also currently engaged in an ARC Discovery project ‘Mapping the impact of social enterprise on regional city disadvantage’, using spatial methodologies to map where and how social enterprises impact upon wellbeing and community capacity.

Carlos Eduardo Morreo teaches international political economy and development in the School of Politics and International Relations at the Australian National University. Previously, Carlos was a lecturer in social theory at the Universidad Central de Venezuela and in social and political philosophy at the Universidad Católica Andrés Bello. Carlos worked as a manager in the Ministerio del Poder Popular para el Ambiente and was a Research Fellow with the Centro de Estudios Latinoamericanos Rómulo Gallegos (Fundación Celarg), where he edited its creative and critical research journal, SUR/versión, investigación y creación de America Latina y el Caribe. Carlos is a member of the Matters of Concern Collective (MoCC) in Canberra and the Institute of Postcolonial Studies’ executive officer.