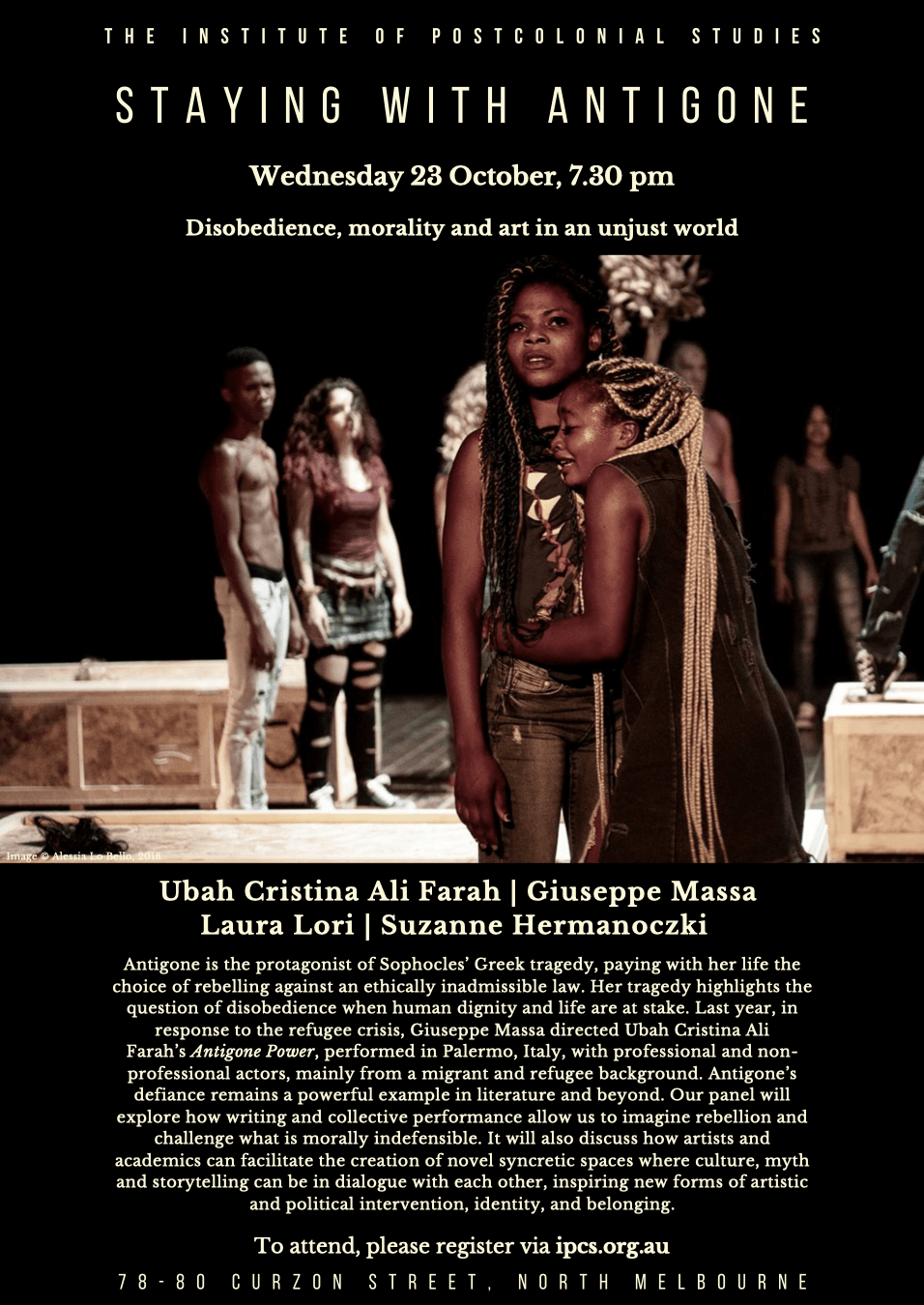 Disobedience, morality and art in an unjust world

Antigone is the protagonist of Sophocles’ Greek tragedy, paying with her life the choice of rebelling against an ethically inadmissible law. Her tragedy highlights the question of disobedience when human dignity and life are at stake. Last year, in response to the refugee crisis, Giuseppe Massa directed Ubah Cristina Ali Farah’s Antigone Power, performed in Palermo, Italy, with professional and non-professional actors, mainly from a migrant and refugee background.

Antigone’s defiance remains a powerful example, in literature and beyond, from Captain Carola Rackete who disobeyed the orders of the Italian Minister of Home Affairs to enter the port of Lampedusa with her salvage ship Sea-Watch 3 to the much-admired teenager and environmental activist Greta Thunberg, urging us to stand up and address the climate emergency on a global scale, among many more.

Our panel will explore how Antigone, writing, and collective performance allow us to imagine rebellion and challenge what is morally unacceptable. It will also discuss how artists and academics can facilitate the creation of novel syncretic spaces where culture, myth and storytelling can be in dialogue with each other, inspiring new forms of artistic and political intervention, identity, and belonging.

Join us — become an IPCS member. 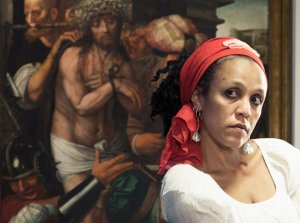 Ubah Cristina Ali Farah is a poet, writer and activist, born in Italy to a Somali father and an Italian mother, grown up in a newly independent Somalia, now living in Brussels, Belgium. In her writing she has always been concerned with the power of language to rebuild a world broken by violence. Her first novel, Madre piccolo/Little mother, is about first-generation refugees dealing with the fall-out of the civil war in their own lives. He second, a virtual sequel, Il Comandante del fiume/The commander of the river, is about the generation of Somali children born after the civil war. In 2018 Ali Farah wrote a version of Sophocles’ Antigone for the theatre company Sutta Scupa. 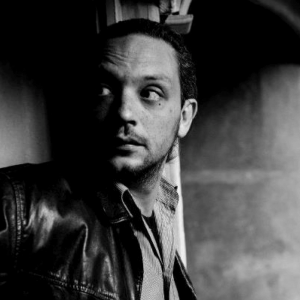 Giuseppe Massa is a theatre director and actor from Palermo, Italy. In 2006 together with Fabrizio Ferracane and Giuseppe Provinzano, Massa founded the company Sutta Scupa (Under Pressure). Scenes of Sutta Scupa’s work are included by Wim Wenders in his film The Palermo Shooting (2008). More recently, in 2016, through the ‘MigrArti’ call for tenders organised by MiBACT, Giuseppe directed a workshop aimed at migrants developing his earlier piece Nel Fuoco (Into The Fire, 2012). Last year he wrote and directed Miracolo (Miracle) which debuted at the Primavera dei Teatri Festival in Castrovillari and staged Antigone Power by Ubah Cristina Ali Farah. 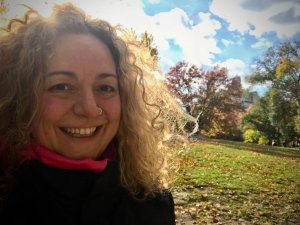 Laura Lori is the inaugural ACIS postdoctoral fellow at the University of Melbourne. Laura completed her PhD in Italian Studies at La Trobe University and her current research focuses on Afro-Italian storytelling, seeking to analyse how artists and migrants from the African diaspora use theatre and literature to create new transcultural identities. 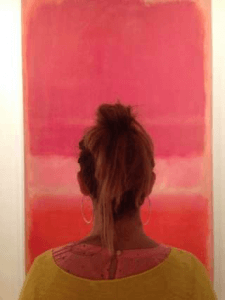 Suzanne Hermanoczki has a PhD in Creative Writing from the University of Melbourne, where she currently teaches. Highly commended in 2018 for the AAWP/Australia Short Story Festival Emerging Writer’s Prize and winner of the Affirm Press Creative Writing Prize in 2014 (for her unpublished manuscript), many of her works which feature bi-cultural identity, code-switching, gringos, im/migrants, and multi-lingual/culturalism, have been published in both local and international publications.