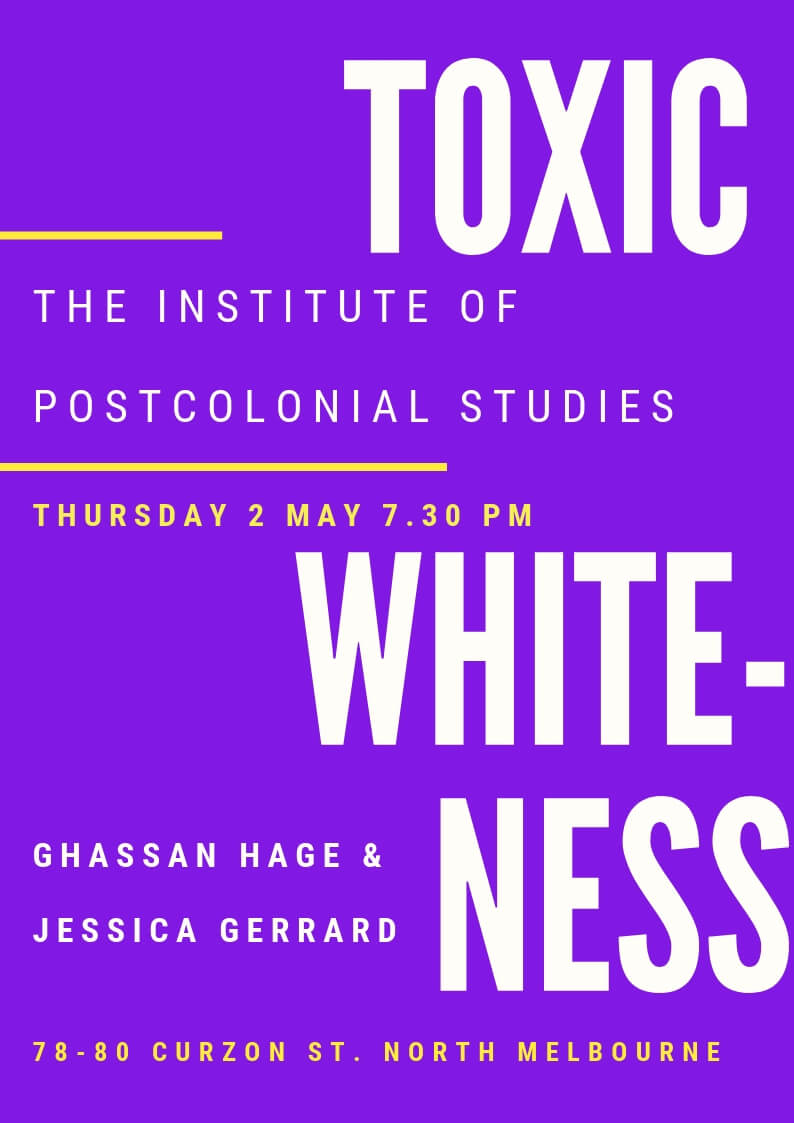 Join us for a timely panel discussion with Ghassan Hage and Jessica Gerrard who will address the intensification of racism from distinct but related perspectives.

Due to unprecedented interest and our limited venue space, registration is necessary. Please register here.

Building on the argument of his recent book Is Racism an Environmental Threat?, Ghassan Hage traces the transformation of White enthno-nationalism into a toxic ecological problem, diffused through all aspects of society. As racism has become a pervasive environmental threat what is the impact of academic critique? Should academics fight, rather than just discuss and analyse? If so, how?

Jessica Gerrard asks: what are the practices of inequality and injustice that belie the intensification of far-right politics and violence? She tracks the exclusion and expulsion of particular categories of people as structural conditions of capitalism’s idea of ‘the good life’. Liberal progressive politics paradoxically risks replicating the violence of exclusion by identifying racism as the product of ignorance and poverty—the fault of the ‘uneducated’—rather than the product of elitist (and well educated) power. 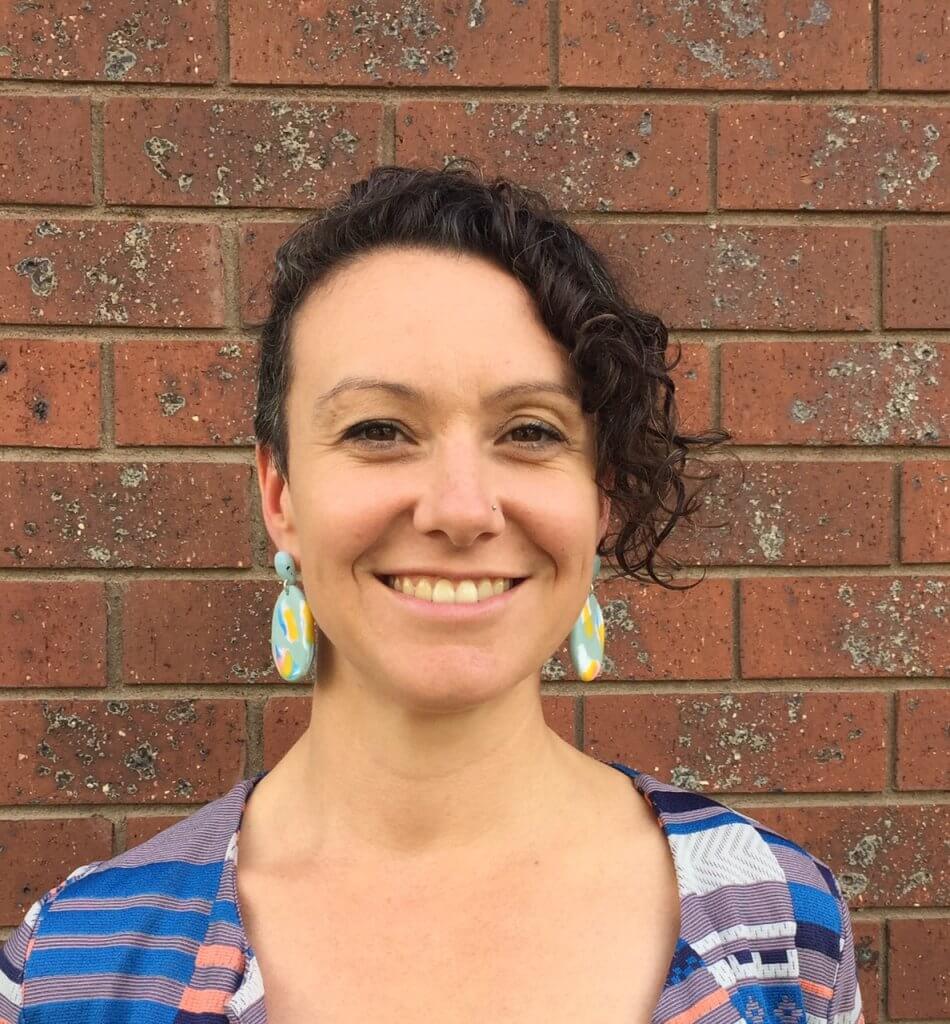 Jessica Gerrard is Senior Lecturer in Education, Equity and Politics in the Graduate School of Education, University of Melbourne. She works across the disciplines of sociology and history with particular interest in the relationship of education to social change and politics, and shifting but persistent experiences of inequality and injustice. Jessica is author of Precarious Enterprise on the Margins: Work, Poverty and Homelessness in the City (2017, Palgrave Macmillan) and Radical Childhoods: Schooling and the Struggle for Social Change (2014, Manchester University Press). 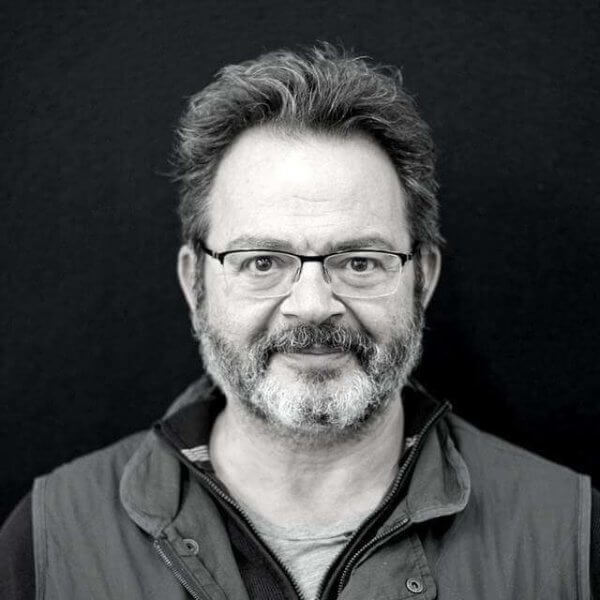 Ghassan Hage is Future Generation Professor of Anthropology and Social Theory at the University of Melbourne. He has held many visiting professorships around the world including at Harvard and the Ecole des Hautes Etudes en Sciences Sociales in Paris. He is the author of many publications on the comparative anthropology of nationalism, migration and inter-cultural relations, including White Nation: Fantasies of White Supremacy in A Multicultural Society (2000, Routledge), Against Paranoid Nationalism (Pluto, 2003), and Is Racism and Environmental Threat? (2017, Polity).

Due to unprecedented interest and our limited space, registration is necessary. Please register here. All welcome.

In this short talk I want to highlight two features of White ethno-nationalism. First, its transformation into a toxic phenomenon: we’ve seen White ethno-nationalism move from being a containable problem and subculture to something affecting all aspects of society. That is, it has become diffused throughout our social milieu and as such has become an ecological problem. Second, I want to speak to the anti-intellectualism of White ethno-nationalism: this anti-intellectualism is misunderstood by intellectuals in that it is paradoxically equated to an intellectual opinion. But White ethno-nationalists don’t just have a negative ‘opinion’ of intellectuals and academics. They see them as an inferior nuisance, and most importantly, they see them as an enemy that they wish to fight and destroy. To think that they want to sit and discuss their views with us in a tutorial room is naive. Thus my question: can academics fight? Should they fight, as opposed to just analyse and discuss? And if so, how?

Jessica Gerrard: The violence of knowledge: racism, progressive politics, and the ‘uneducated’

To make sense of and respond to far-right racist politics and violence requires consideration of the broad and deep practices of injustice that contour our social and political worlds. Specifically, there is a need to address the ways in which knowledge—and knowledge making institutions—cultivates the social conditions within which the ‘Other’ emerges as an affectively charged abject figure. The ‘Other’ is the necessary by-product of the mythology of the ‘good life’ under capitalism, which requires expulsion and exclusion as a base part of its function. This occurs not just through extreme moments of violence but also through everyday practices of symbolic and material violence and inequality. Moreover, such violence is in danger of being replicated in progressive responses that identify racism as the product of ignorance and poverty—the fault of the ‘uneducated’, rather than the product of elitist (and well educated) power.