Imperial Archipelago: Representation and Rule in the Insular Territories under U.S. Dominion after 1898 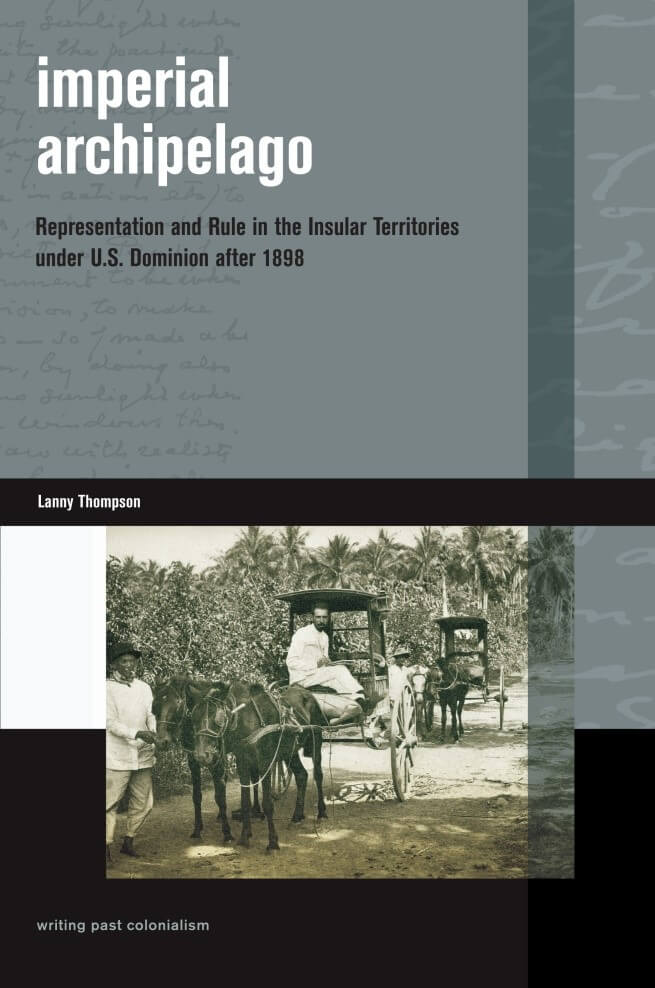 Lanny Thompson, Imperial Archipelago. Representation and Rule in the Insular Territories under U.S. Dominion after 1898, (Honolulu: University of Hawai’i Press, 2010).

Imperial Archipelago is a comparative study of the symbolic representations, both textual and photographic, of Cuba, Guam, Hawaii, the Philippines, and Puerto Rico that appeared in popular and official publications in the aftermath of the Spanish-American War of 1898. It examines the connections between these representations and the forms of rule established by the U.S. in each at the turn of the century – thus answering the question why different governments were set up in the five sites.

Lanny Thompson critically engages and elaborates on the postcolonial thesis that symbolic representations are a means to conceive, mobilize, and justify colonial rule. Colonial discourses construe cultural differences among colonial subjects with the intent to rule them differently; in other words, representations are neither mere reflections of material interests nor inconsequential fantasies, rather they are fundamental to colonial practice. To demonstrate this, Thompson analyzes, on the one hand, the differences among the representations of the islands in popular, illustrated books about the “new possessions” and the official reports produced by U.S. colonial administrators. On the other, he explicates the connections between these distinct representations and the governments actually established. A clear, comparative analysis is provided of the legal arguments that took place in the leading law journals of the day, the Congressional debates, the laws that established governments, and the decisions of the Supreme Court that validated these laws.

Lanny Thompson is professor of sociology in the College of Social Sciences, University of Puerto Rico, Rico Piedras.