‘Self-isolation’: Beyond the urban bubble 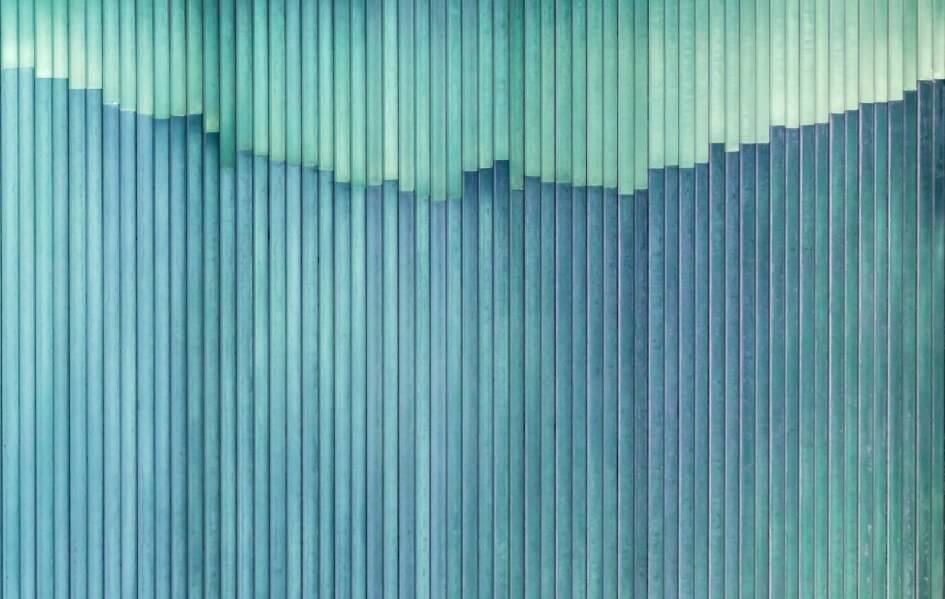 Ups and Downs by Sam Cox

I’m writing this from my coronavirus bunker. And you are probably reading it from yours. As per medical orders, we are increasingly closed off from the outside world. In a bid to escape the biological threat of the virus, we are translocating our lives in two directions: first into physical enclosures, second into the digital enclosure of ‘the cloud’.

This two-directional move is far from random or unfamiliar. Enclosing ourselves in one way while reaching out in another is a quintessential characteristic of modern life.

Most of us are already highly isolated. Some of this is involuntary, born of lack of time, money, mobility, energy or opportunity. But some of it reflects what we have been trained to desire in the post-commons age: private enclosures of space, whether twenty floors up or rooted on the ground. This is not just about seeking refuge and respite. It is about private property as a route to economic and social success. It is about cities as icons of futurity, stretching towards outer space, psychically if not physically disconnected from the rural areas that support them. It is about heavy reliance on digital connectivity whether working, learning, shopping, conversing or surfing; performing these tasks online under coronavirus lockdown will reinforce more than interrupt many of our habits.

But the scramble to get supermarket basics remind us of the limits of this bubble-like existence. The toilet paper that some Australians have stockpiled comes from pine plantations across rural Australia. The pasta, potatoes, rice, eggs, mince and other foods that many of us seem to be subsisting on also originate in rural areas, mostly Australian ones. Whether we are braving the shops or ordering online, the point is that we are reliant on a continued flow of products into the city.

One reason we need these flows is because over time agriculture has been pushed out of the city for the same reasons we are now fearful of physical contact. Messages about biological contamination are underpinned by real science and risk, but they are also shaped by social norms and anxieties. The nineteenth-century sanitary-reform social movement that now underlies public health emerged out of a new awareness of microbiological realities and out of purity norms steeped in notions of race and class. Directed at certain bodies, its aim was to remove filth from the cities. Not only did this lead to better public access to fresh water and sewerage infrastructure of the sort our frequent hand washing now relies on, it led to efforts to remove anything considered contaminating. As crowding worsened and standards changed, this came to include domestic livestock. Gradually homes lost their milking cows, pigs, ducks and chickens. Vegetable patches and fruit trees also began to vanish as buying food in, filling gardens with ornamentals, and devoting time to leisure, not labour, became symbols of social status. Although urban agriculture is enjoying a revival, farming remains now virtually synonymous with the rural.

The idea that cities are filthy has never fully disappeared, though. Despite being emblematic of modern progress, cities have consistently been contrasted with idyllic images of more natural and wholesome rural spaces. This sense of cities as dirty and dangerous places (at least for those unable to enclose themselves in controlled environments) continues to resonate. In January this was illustrated starkly by residents of Sydney and Canberra evacuating the city to find smoke-free air; today it is about avoiding crowded spaces of the sort many everyday urban activities necessitate.

While the coronavirus reinforces a fear of the urban it also reminds us of the urban-centric mindset that has consistently privileged urban life over lives elsewhere. The rural may be periodically celebrated as idyllic, just as natural areas and species are periodically valorised for their incredible beauty. But they are often not treated as if they are precious and indispensable. Services are too often lacking, with rural residents increasingly expected to travel to urban centres or go online to meet basic needs, including medical care. Physical isolation and reliance on digital connections is no emergency measure in many rural areas; it is the norm. At the same time, reliable and affordable electricity and digital access can be poor, even in states like Victoria, and even in regions trying to practice world-leading ‘digital agriculture’. For too many, that leaves just physical isolation.

In some rural communities, the compensating factor is the strong social connections that city neighbourhoods can only dream of, as well as the ingenious workarounds that many people have devised. Yet, many of our rural communities are in a depleted state, particularly given the climatic extremes and disasters that were the focus of the media before the virus. Although the bushfires have faded from view, their consequences are still playing out in many rural areas, in the form of grief, exhaustion and financial and logistical hardship. All are now being exacerbated by the effects of the virus, not just in terms of the stress placed on under-resourced hospitals by actual virus infections but also due to the economic impacts and the delays in recovery work. Dozens of rural newspapers have been closed by city-based media headquarters, impacting jobs and rural connectedness. Combined with ongoing budget pressure on local ABC media services, rural populations have a declining capacity to stay informed about, and to be heard on, issues and events in their region. Such service closures are familiar and compounding. Competitive opportunities for funding are touted but too often prove illusory, as illustrated by the sports-rorts scandal and, reportedly, much bushfire-recovery funding. Instead, virtually all of rural Australia is being stripped bare by urban-centric decision-making. As Wendell Berry and Jane Goodwin have argued, value generated by rural communities is being pulled out of them by centripetal market forces, but neoliberalism’s stated geographic agnosticism combined with real urban centrism means there is no balancing centrifugal force.

Some rural and regional areas are well serviced and offer genuine advantages in terms of amenity and lifestyle. But, with over 70 per cent of us clustered into cities, Australians consume more images of the rural idyll online than in person. As much as we like to talk up our love of the bush, we have also treated much of it as a wasteland, fuelling a vicious cycle of neglect and disregard. One of the reasons Australia is so enamoured with speculative visons of the digital future, at the same time as being so behind in getting off fossil-fuels, is that the filth and destruction of the latter remains safely out of sight for those of us in the decision making centres. So too does the logging, landfill, and wastewater treatment, not to mention the lithium mines and e-waste dumps in South America and Africa that our life in the cloud demands. The resultant loss of environmental quality in adjacent areas and those linked by waterways, aquifers, air flows and ocean currents is used to justify the low environmental protection they are afforded. The Latrobe Valley in Gippsland, Victoria, is a case in point. Valued primarily as a source of energy for Victorians elsewhere, it regularly suffers air quality of a sort city dwellers were shocked to encounter during the bushfires. For the valley, though, the pollution is no extraordinary event; it is just the result of the exceptionally dirty smoke that brown coal emits when combusted in a staggeringly poorly regulated environment, worsened by the smoke emitted by the burning of wood debris after logging in nearby plantations. The pollution also increases residents’ susceptibility to coronavirus and other illnesses.

So as we stock our cupboards, retreat into our city bunkers, enter the magical ‘cloud’ of the digital world and order plastic-wrapped food parcels to be delivered to our door, let us not forget that we remain physically and morally connected to those outside not just our building but our city boundaries. For most city dwellers, self-isolation is exceptional, partial and enabled by occasionally delayed but basically continuous streams of energy, resources and services from rural areas. For many rural residents, self-isolation is familiar, multifaceted and worsened by urban disregard. As Australians in rural and remote areas know, real physical isolation is not about living online or occasionally missing a favourite ingredient; it is about having flows of water, supplies, energy, finance and communications actually stop, sometimes abruptly and temporarily, but more often slowly, even permanently. With the nation now scattered into a honeycomb of spatial and digital enclosures, let us remember the barriers that already limit the support flowing out from cities, even as resources continue to flow in.

Lauren co-leads the Climate Change Transformations research program at RMIT University. Her current research on the sociocultural dimensions of environmental change includes a project with the Institute of Postcolonial Studies on the Future of Food.